A Beginners Guide to Redux

This article about Redux is going to be part of a series that will help you with data management for your web applications.

This first article is for novices.

You're a novice if you:

By the end of this article, you're going to know exactly what Redux is, if you need it and how to use it in a simple application.

You'll also learn about the principles and concepts of Redux. These will lay the foundation for upcoming articles on more advanced concepts.

If you'd like to go straight to code, check out the demo application below.

Let's see what the documentation says.

Redux is a predictable state container for JavaScript apps.

Redux makes it easy to manage the state of your application. Another way of looking at this - it helps you manage the data you display and how you respond to user actions.

Mutations and Asynchronous operations are the development version of Coke and Mentor.

Our applications continue to increase in complexity. Every new feature makes it more challenging to think about how our Views and Models interact. A user interaction that affects one Model may have an uncontrollable cascading effect.

Model updates a View that updates another Model that...

A.K.A. things you can't keep track of as your application scales.

He's the guy who's written some amazing modules like create-react-app, react-hot-loader and react-dnd.

He wanted a minimal API that improved the application structure and had better tools. At 2kb, Redux makes data management and debugging a whole lot easier.

Redux was inspired by Flux and Elm.

Facebook was facing problems with the MVC structure. The Model and View relationships can get tricky. This is especially true as your application starts to scale. You could be dealing with problems such as infinite loops.

That's when Facebook introduced Flux. A uni-directional way of updating Views and handling user actions.
You can learn more about Flux and some of the challenges Facebook faced in this video.

This means that the central state cannot trigger any further actions. Only a user input can trigger another action. This makes state much more manageable. It also makes it difficult to introduce infinite loops.

Note: We'll be talking more about async operations and action dispatchers later. For now, let's assume that only user actions can dispatch actions.

Don't worry if you didn't understand that in the first go. We'll dive into these concepts further through this article.

All you need to remember is that a central source of truth (state) makes everything easier.

Should I use Redux?

The tradeoff of using Redux is that you have to deal with certain constraints. You may also need to write more code to get the same thing done.

That is by design. These constraints liberate you. Your application state is more manageable and testing becomes easy.

For more information on whether you need Redux, you can read Dan's article - You Might Not Need Redux.

If you're new to Redux, it's normal to feel confused. There's jargon all over the place. Let's clear the Redux air.

Redux is a modified implementation of the Flux architecture.

There are many similarities between the two, but they are not the same.

Both Redux and Flux prescribe not mutating the application state with the UI. They recommend a function that does that for you.

The biggest difference is that Flux has many stores. Redux has ONLY one root store.

You can read more about Redux and Flux here.

Redux is not equal to Flux.

Redux is ONLY for React - Wrong!

You can use Redux with any frontend JavaScript library or framework. It helps with state management for all kind of JavaScript applications.

Dan Abramov built Redux to make working with React better. The tooling and the community started around React. But, the library itself is not limited to React and is now used with a wide array of frontend frameworks.

Redux is New SO You Need It

These are the three fundamental principles of Redux. These constraints are what make Redux so powerful.

The state of your whole application is stored in an object tree within a single store.

The state of all the pieces (components) of your application depends on one root object tree.

This makes your application easier to look at as a whole. Debugging becomes easier too. This also makes it easy to write the state locally (or on a server) and rehydrate it later.

State is Read Only

The only way to change the state is to emit an action, an object describing what happened.

In Redux, you dispatch actions. These actions tell a function (called reducer) to update the state. Redux docs also recommend not mutating the state. Each action instructs the reducer to replace the existing state with a new version.

You now have a record of every action dispatched by the user. This is what allows us to do things like time travel debugging with Redux. More on that in upcoming articles.

Use Pure Functions for Changes

To specify how the state tree is transformed by actions, you write pure reducers.

A reducer is a simple and special function. This function takes the current state and an action and returns a new state. It DOES NOT mutate the state.

This function is also special for another reason. It's pure! A pure function always returns the same output for a set of inputs (arguments).

Let's look at an example of an impure function.

This function would return a different result every time it's called. It is not pure!

For a given set of arguments, the pure function would always return the same result. It has no side effects or unexpected results.

Now that you're familiar with the three core principles of Redux, let's dive deeper.

We're going to look at the technical implementation of those principles. Once you've got a basic grasp of the concepts below, you'll be ready to move on to some code!

Creating a store is very simple. We'll see this in action in the demo application.

This method returns the current state.

This dispatches an action. It is the only way to update the application state.

This method subscribes a change listener to the state. When the reducer updates the state, it calls all subscribed listener methods.

They can access the state using the .getState method.

This is the method returned when you call the store.subscribe(listener) method. It's useful if you no longer want to call your listener method when the state changes.

Actions are plain JavaScript objects. They usually have a payload and always have a type.

Note: Redux does not have explicit rules for how you should structure actions. In fact, Redux doesn't have any strict rules other than the three principles.

Redux recommends that you give each action a type and that's a good idea. I also recommend using payload to store any more information related to the action. This keeps everything consistent.

Let's look at an example of an action.

For more information on structuring your actions, look at Flux Standard Actions.

Reducers are the pure functions we were talking about above. They know what to do with an action and its information (payload).

They take in the current state and an action and return a new state.

Unlike Flux, Redux has a single store. Your entire applications state is in one object. That means using a single reducer function is not practical. We'd end up with a 1000-line file that nobody would want to read.

Redux gives us the ability to split these reducers into separate files. We aren't going to dive into reducer composition in this basic tutorial. We'll cover that in upcoming articles.

There are some concepts that still might not be completely clear. That's why we wanted to include a demo application that you can play with.

The demo application uses Redux without any frontend framework or library. It doesn't use Angular, React, Vue.JS or any other library. That means we can focus our learning on Redux.

We're going to build a simple calculator application. We can add a number to the grand total or subtract one.

The app should open up once it's built. If not, look at your terminal or console for webpack's output to check the port it's running on.

You'll notice that the only (non-dev) dependency we're using is Redux.

Now let's go over what's happening in this application.

Not including the HTML, there are four parts to the main application code. Let's break it down.

All we're doing here is setting up the store.

The store needs a reducer method to do something with the dispatched actions.

Regardless of the action type, notice that we aren't mutating the state. We return a new value for every operation in the reducer.

The switch statement uses the action type to determine which operation it should run. By default, we return the current state of the application.

Use these two simple functions to help read and update the DOM. This is where a framework like React is useful.

These functions return a plain JavaScript object. The object has a type and a payload that contains the value of the input field.

Such actions aren't dispatched until the user clicks on a button. We'll handle eventListeners in the next part.

In this step, we're responding to the user events and updating the DOM.

First, let's look at the eventListeners that dispatch an action.

All three of them look similar. Each one dispatches a different action by calling the appropriate action creator method.

And finally, let's use a subscription to listen for changes and update the store.

Learning by doing is the best way to learn.

Try adding these two features to the application.

Redux takes away the pain from data (state) management. With redux, we're able to separate the Model logic from the View in a scalable way.

It also gives us access to some cool debugging tools (which we'll cover in following articles).

The absolute best resource for you to learn more about Redux is Dan Abramov's Free Online Course. Yes, the creator of the library created a free course to go along with it. You might want to say a "Thank You!"

You can also read more about Redux in the official docs. The documentation is well organized and easy to read with plenty of examples.

You can read more about the Redux Ecosystem which has more information on tools and extensions related to Redux. Or you can look at a massive list of Redux examples and middleware..

We're yet to cover many advanced topics such as async actions and network requests. We're also going to build a simple ToDo application together.

Oh! And let's not forget the interesting Redux pattern that will save your project as it scales. It will help you keep your files, actions, reducers, and files organized.

We love your comments. If you thought this article was helpful, let us know in the comments below. Or say "Hi!" 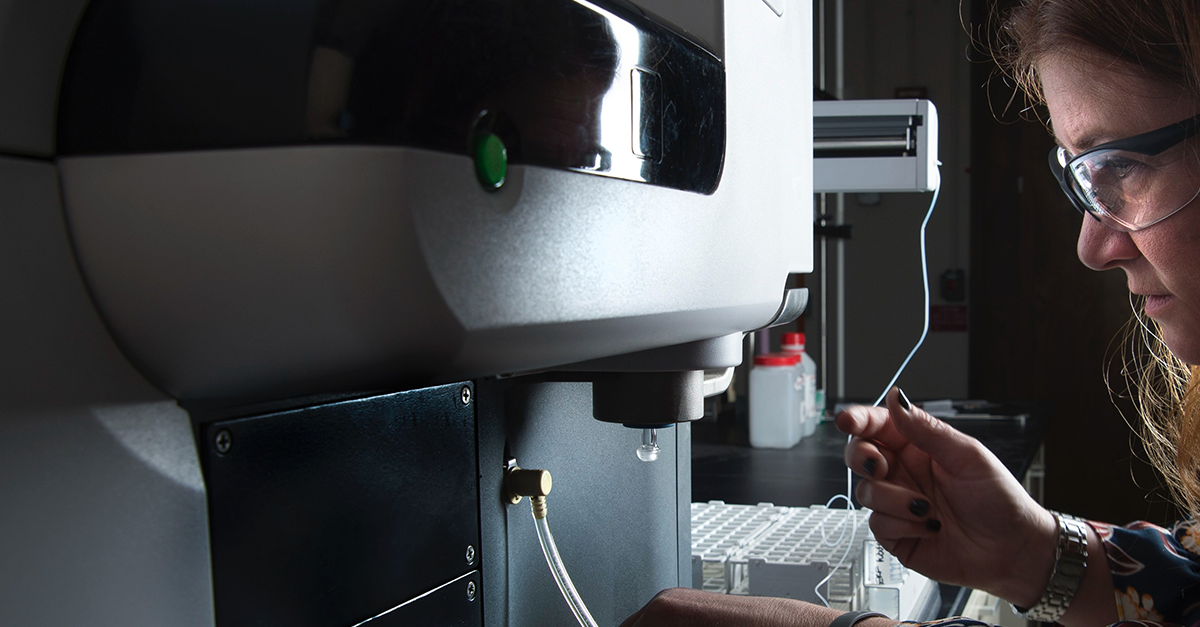